Fiery Trial and Sacrifice chronicles America’s road to war and the contributions made by New York State’s military forces such as the 27th Division—proudly known as “New York’s Own;” the “Fighting 69th”—New York City’s famed Irish regiment; the 77th Division - known as “The Melting Pot Division” because many of its members were first generation immigrants; and the 369th Infantry 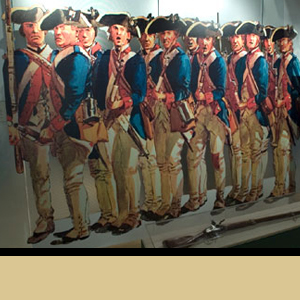 New York During the Revolutionary War

From the American surprise attack on Ft. Ticonderoga on May 10, 1775 to the British withdrawal from New York City on November 26, 1783, New York State was a major stage for much military drama throughout the Revolutionary War. With its many lakes and rivers that served as principal transportation and communication routes throughout the colonial era, New York State was of critical strategic importance in the young nation’s battle for freedom. 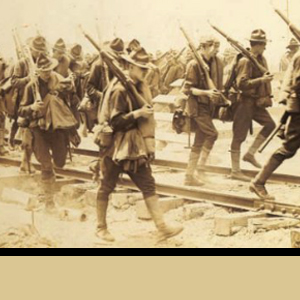 A Call Not Unheeded

A Call Not Unheeded traces the evolution of New York State’s military forces from the end of the Revolutionary War to the eve of World War I and the prominent role New York’s militia and National Guard played in many national and state conflicts such as the War of 1812 and the Spanish American War, and numerous strikes and riots in New York State throughout the 19th century. 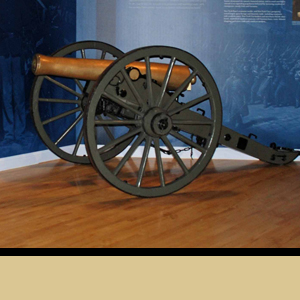 New York and the Civil War

Empire for Union provides an overview of the enormous contributions of New York State to the Civil War, both on the battlefield and on the home front. This exhibition considers the shifting and assorted political and economic realities throughout the state during the war and focuses on the role of New York troops in the general course of the war and on the daily realities of a soldier’s life. 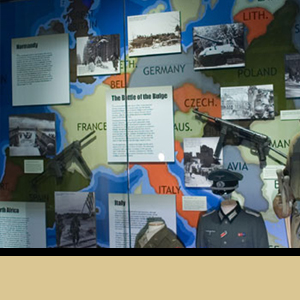 In a war that raged across the globe, 1.7 million New Yorkers served in America’s armed forces and millions more contributed to the nation’s enormous industrial production to help achieve victory. United for Victory examines the causes of the war and America’s general strategy and tactics, and highlights the contributions of each branch of service with a special emphasis on New York’s 27th Division.